In previous post I’ve already explained principles of antivania level design. Now it is time for some level blocking.

Unfortunately, second half of August and beginning of September weren’t so productive (thanks COVID), but I still made some progress.

Also known as grayboxing or blockmesh or assembling level with primitives.

For those who are not familiar with this term, it basically means that you assemble only functional part of the level without any nice looking details.

In most of the cases level designers use primitives (cubes, cylinders, spheres, etc.) or mesh placeholder to create level topology. The goal is to check pure gameplay, understand dynamics and rhythm of the level. 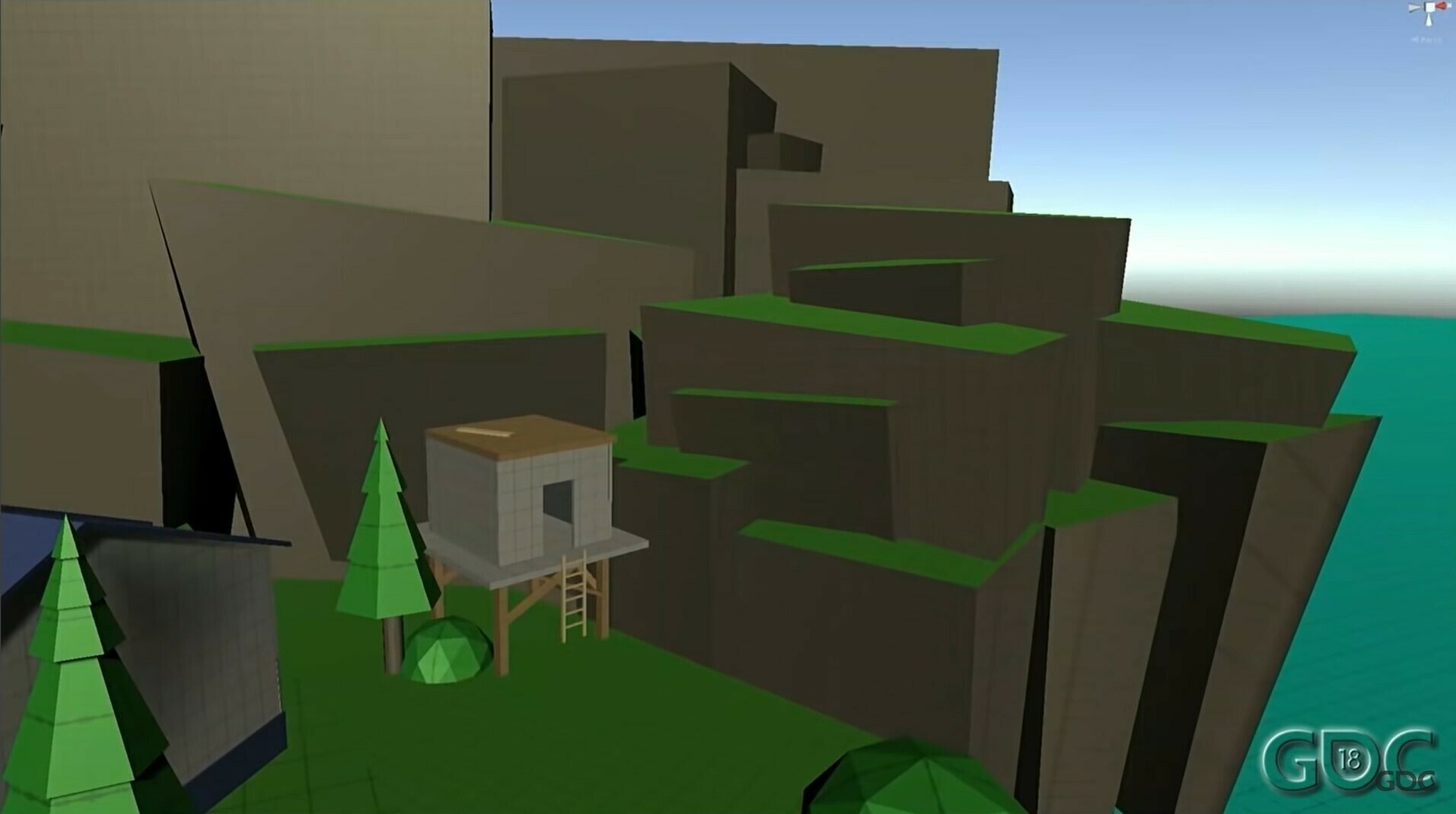 Some time ago I found great GDC talk by level designer of Naughty Dog where he explains in details the main principles of level blocking.

Since not all gameplay mechanics are ready I didn’t start with the blocking of real level. Instead, I decided to assemble test level based on principles I described in previous post. Also there are no enemies yet, so the level supposed to have only environmental puzzles.

During the process I realized that it might be a bit overwhelming for new players to have all special abilities from the very beginning without teaching how to use them. So I had to create separate tutorial level and introduce all the abilities step by step.

When I was working on tutorial level I got a couple new ideas about how players can apply existing abilities in a different way.

First one - levers that control different mechanisms (for example gates). The idea of using lever is not really new, but if we put it in the context of character’s abilities it can give more value to one of the abilities.

For example, a lever can be placed in the way that character cannot reach it (too high or behind the bars). In that case he can use tentacle to reach and pull the lever. Using the same principle player can pick up loot.

Second new mechanic was inspired by Breath of the Wild but it also can be found in other games.

It is also extends area of usage of one of the abilities.

Now using bat wings player can not only glide and slowly descend but also ascend with the upstreams. It will allow me to add more verticality to the levels.

This is how the complete tutorial level looks like:

After that I assembled several level segments to test shortcut system, but then I was too tired and a bit bored to assemble it together in a single complete level ¯\(ツ)/¯ .

Thanks to blocking process I got first impression of how this system works. But the most important is that now I know how long it takes to create a single obstacle or puzzle. Now I can plan ahead more precisely.

Also I realized that I miss enemies and combat a lot. I really need all these damage detection, projectiles deflection, pogo-jump on spikes and all other cool features in my game.

Combat mechanics! Everything that required to create interesting and challenging situations for the player.